I have visited snow before, but I have never lived in it. Until now! The wonders of the high desert: 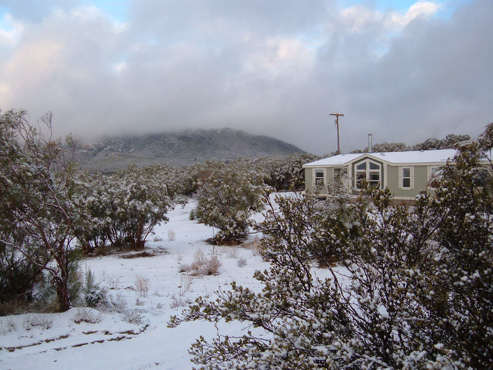 It was really nice. We wandered around in it with the dogs, who apparently have very tough feet. Here they both are, not doing anything wrong: 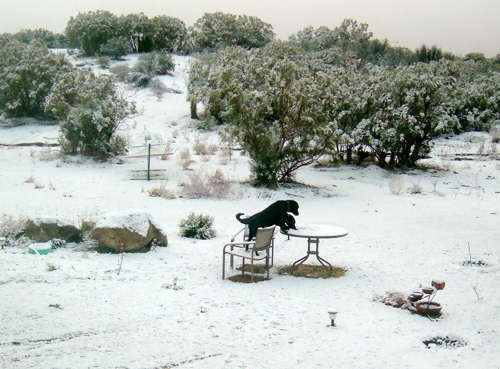 And we'd throw snowballs for them, and despite the fact that they won't even look twice at a tennis ball, they chased down those snowballs like they were flying rabbits. It was fun and amusing. When they caught them, they'd chew and lick them to bits, although I think sometimes they tried to bring them back to us, but it didn't really work. Here's Mia enjoying one: 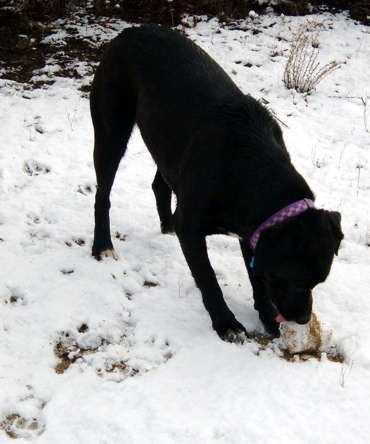 And that's the story of the snow day. Did I mention we live in the high desert? 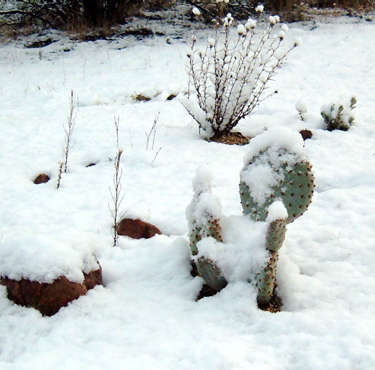 Poor thing. The snow only lasted a few hours, but I think we might be expecting more, I don't know. It's sure cold enough - 21 degrees when I got up this morning. The weird thing is, it was 70 all last week.
Copyright 2021, Hamumu Games Inc.