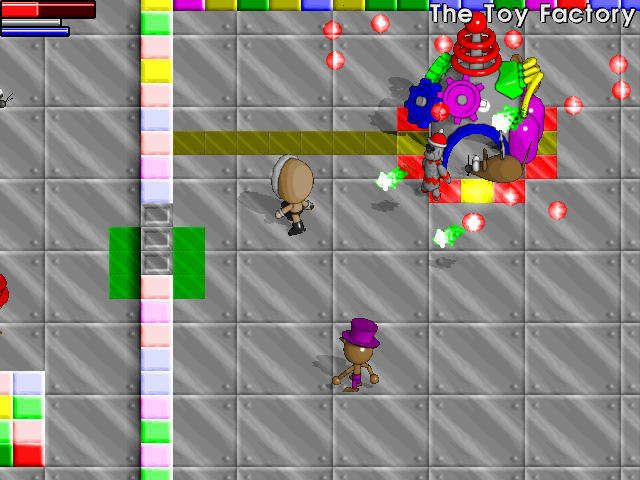 Same pic!? It's not that I haven't done a lot of stuff. But at the point the game is at now, there's really nothing I can show you that won't be giving away things I want to keep secret.

The first portion of the game is almost done now, including the major chunk which has the unique element of allowing you to play it in 2 different ways, with unique quests for each side. Then there's a second portion, which is shorter than the first, then the finale portion, which is the shortest of course. Almost every talent and skill is completely in and attainable. I'm making sure you get all the talents in the first portion (except ones you fail to find, I suppose), and most of the skills, with a few more skills in the second part. Then you can spend the rest of the 2nd part and the whole third part leveling up and improving those abilities for your ultimate victory over whatever mysterious threat you face in this game. Hmmm, what ever could it be!? Who knows!

Have I mentioned yet that this is the most complex game I've ever made? Supreme was huge, but only because it had tons of monsters and levels. Those don't add complexity, they're just content. This one is a tangled mass of stuff. There's just so much in there! I know it's been taking forever, but really, it's time well spent. And needed!

I should confess now that there are in fact several people who have played an alpha version. Lucky them! No, you can't become one of them! They are an elite group of highly skilled shaolin warriors. Or actually, they are people who earned free copies in various ways (work they've done for me before, and of course people who bought in with Prize Points). So their input has helped find a lot of bugs. I'm still considering the whole beta/preorder concept, which is sounding pretty good, but the game is definitely not to that point yet.
Copyright 2021, Hamumu Games Inc.