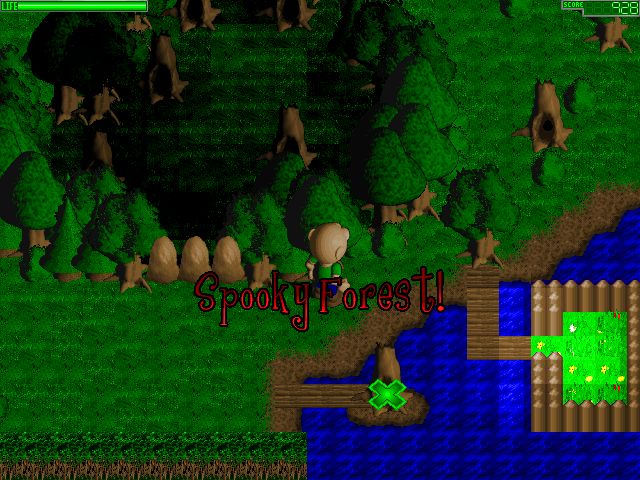 Just kidding... I do it because otherwise I wouldn't make any money. Hopefully it's entertaining a few people along the way. Speaking of which, Sol Hunt has graced us with a couple new Stupid Comics to inaugurate the new site! Enjoy!

I'm sad - I just had to delete a really cool logo for the home page of the site. It featured the Yeti Bros., Sven and Bjorn, on either side of the word Hamumu Software. But alas, it was too big of a file - modem users would have taken a long time to download it. It's for the best that it's gone, I suppose, because it was also quite big on screen, which made things a little cluttered. I hope the replacement, the simple austere beauty of Hamumu, is nice as well.

It's so hard, because there are just so many ways to do everything, and little tweaks I'd love to try, but it's just overwhelming - I could spend a year on just one page trying different ideas. But you just have to decide what to do and go with it. This site is sort of a mish-mash of that. You'll find different layouts in each section, though they all follow the same basic philosophy. I don't think it's confusing, but hopefully it also provides visual interest, since each tab leads to another set of wacky images. Hope it's not crushing modem users! Just a few more pages to go, and this thing is done!

Wheee! This is just like blogging! Now Solee's come home and I'm showing her the site so far.