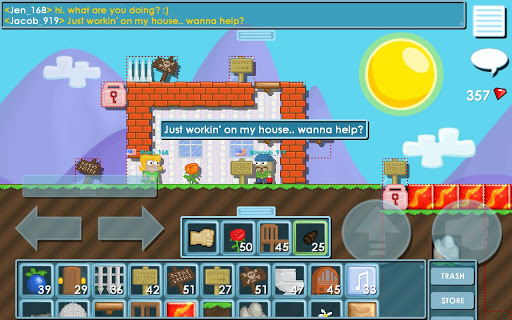 Hey, go visit Indiebuskers.net and get involved in Sneaky Brats! As an online game it doesn't exactly do much unless you can get a bunch of people on at the same time, but gather your buddies in the Hamumu chat and arrange it! If you're wondering what it is, it's an online Capture-The-Flag game for up to 32 players. Each player can equip 2 of the 3 Imagination Powers: You Can't See Me, The Floor Is Lava, and Flappy Arms. Using these sneaky abilities, grab their flag and get away!

One thing not too obvious is how tagging works: If you're on your side of the field, you tag opponents (otherwise they tag you!). If you have the flag, you can't tag anyone.

I am indie busking my game right now, for the next 48 hours or so! Come check it out at Indiebuskers.net! You can watch me do my work live at Twitch.tv/hamumu. And you can chat with me on IRC while I do it! Don't try to chat on the livestream, I am only watching the IRC.

I am developing the idea proposed by Matzerath, "Stealth game where you can cover your eyes to become invisible".

Hey everybody! The Indie Buskers are back with another buskin' good time! If you don't have any idea what I'm talking about, it's an event where a bunch of game jammers take 48 hours to craft games based on your ideas, livestreaming the whole thing, and you can toss some money into the hat as you watch, which is much better than a normal busker performance - you actually get copies of all the games for your money!

Visit Indie Buskers for more info. Visit Reddit.com/r/indiebuskers to submit your own ideas, and vote on which ones we should do (requires a Reddit account. Just upvote the ideas you like best!).

The whole event starts in just under 2 days from now (Friday morning my time), so don't miss out on the amazing wonderment that is Hamumu livestreaming game development. And all the other people doing it too.

Oh yeah, I didn't mention that - I'm one of the buskers this time!! Come check it out!

SpaceManiac has been at it again! If you are an owner of Sleepless Hollow, head on over to your My Downloads page and get the new beta version. It of course modernizes the color code so it shouldn't require any tricks on Windows Vista+, and it includes some nice editing features that are new. It also includes Blackduck and Moltanem's BHE from last year (two years ago?), the Sleepiest Hollow alternative world. You'll have to do some file copying and moving to actually play that though, as Sleepless Hollow wasn't exactly designed for add-on worlds. What else is new? Good question! I haven't found out yet because I wanted to throw this up quickly to greet you on Halloween! I'll have more info later.

And remember, this is a beta edition, this is the first public test at all, so give it a go and let us know on the forums if you encounter any trouble.